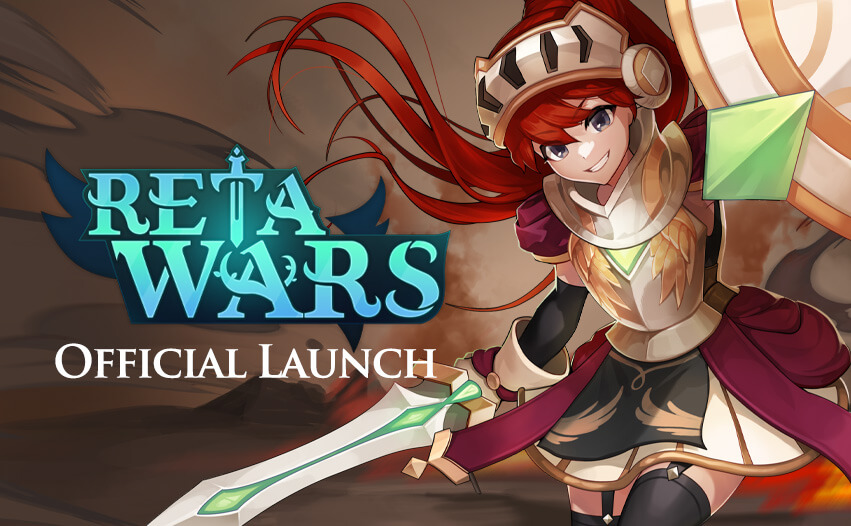 Today is the day, Commander!

The 7-day open promotion has finally ended. And now we start the countdown to the beginning of the historical moment. At 12:00 PM UTC on October 3, we announce the official start of Reta Wars 1.0. This announcement introduces some news you should check before starting Reta Wars 1.0.

The first Game-Fi, Reta Wars, on the Realital Metaverse platform raised sail. Also, players will finally start racing to win ‘real’ tokens. This game is a war economy simulation game-Fi based on Staking. It does not require complicated and shrewd handwork. All players need is strategic decision.

If you meet Reta Wars for the first time, it would be very helpful for you to check the FAQ below.

What kind of game is this?

Not all wars in history meant just ‘battle’.
Every war has a big impact on the economy and politics. And someone takes a huge opportunity in this situation.

So does Reta Wars. This is an economic simulation with the theme of endless war.

You can hire NFT heroes and place them in your territory, producing resources.
Thinking about how to use this resource is the key to this gameplay.

You can sell your resources to the market immediately, and you can invest in the opportunity of war.
One can be a huge resource entrepreneur, and another can be a war hero.

In this endless war, the only strategy to decide whether to win or not is to vote.
You need to vote to maximize your profits and interests.
Someone will gather opinions from other players in the community to maximize their profits.

What are the qualifications to play this game?

You need a personalized BSC wallet to log in to this game. (etc: Metamask)

And, to play this game, you need a hero NFT.
You can mint random heroes at the shop,
You can trade heroes with other players in the Marketplace.

I have NFT hero. What is the first step in the game?

1. Choose the Faction, and Set the nickname.
2. Press the ‘All Enter to Territory’ button in the ‘My NFT’ Menu. Your heroes need to enter the territory to play the game.
3. Now click the ‘Territory’ Menu to go to your territory and click on the building.
4. Place the hero. And give leadership and manager rights to the strongest heroes.
5. Heroes placed in buildings will automatically produce resources.

– The hero’s HP decreases as he continues to work. A hero doesn’t die, but when their HP has 0, they can no longer produce resources. You can feed heroes and restore their HP. You can produce food at the ‘farm’ in your territory, or you can buy it at the marketplace.

– All buildings cannot produce more resources than their production limits. To harvest more resources at once, you need to upgrade the building level.

All right, I have resources. What is the next option?

– You can sell your own natural resources (Ore, Wood, Food) to the marketplace.

– You can supply resources to your Factions for the war contribution ranking. This action is only available once every 2 hours.

– If you upgrade your building, you can deploy more heroes and store more resources.

How can I join the war?

– Basically, every hero you put in your barracks is a potential conscript.
Every day at the start of the war, the Reta War simulator automatically determines which hero will participate in the battle.

– If you have a high level of combat power, you’re more likely to be conscripted into this battle.

– If the building level is high, even the leader hero who is placed in a building other than the barracks can be conscripted into the war.

– The total conscription target is proportional to the size of the resources supplied to the faction.

What is the vote?

You can get a vote ticket in the war results every day. And you can use these voting tickets while you prepare for tomorrow’s war.

Voting is necessary to determine the strategy below.

– In battle simulations, Voting to determine the deployment of faction army

– In battle simulations, Voting to control the proportion of resources supplied by players

– In battle simulations, Voting to determine the cost of production of Minion soldiers

– On the Battlefield map, Voting to determine the land to conquer

What is the battle simulation?

“Reta War” is an automatic daily battle.
This is a precise combat simulation, which is conducted once a day (PM10:00~PM12:00UTC).

How can I earn tokens for profit?

– You can sell your natural resources (Ore, Wood, Food) to the marketplace and get GRT immediately.

– Every day at 12:00 PM UTC, GRT is provided at the end of each battle in return for daily war contributions. You need to supply resources to acquire GRT.

– Once a week, you can earn a RETA on the ranking leaderboard. This leaderboard is determined by your supply ranking of resources.

Are there separate communication channels for each Faction?

We have no plans to make it, and the faction channel we have released on Discord is open to all. In Reta Wars, voting communication is an action that affects actual revenue. And we know that private faction communities are important in strengthening their profitable interests. we think that more of those external communities should be created.

If you’re concerned about being exposed to the risk of ‘out-of-game’ spies from the public Faction channel chat, you need to explore the Faction community to discuss ‘profitable strategies’ with you.

Yes, someone will find a chance at this very point. This is because a strong faction community will be a ‘profitable power’ in itself. And we think this is the real starting point for DAO. It must be outside our control, and it must be driven by the community.

This is one of our policies to ensure the interests and autonomy of the community. Indeed, we have no plans to control individualized faction communities, and on the contrary, we will support them to grow further. 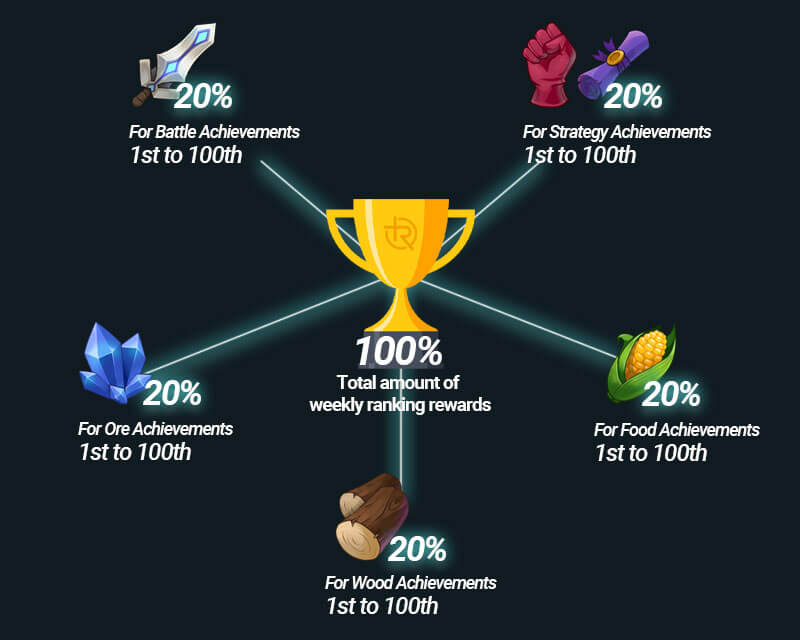 With Reta Wars 1.0, the historic Week 1 ranking leaderboard begins. This is the only way for players to earn RETA in Reta Wars. If you’re curious about the huge reward that comes after a hot competition, check out the relevant guide.

With the launch of Reta Wars 1.0, the governance token RETA, and the community token GRT are officially operational.

– The liquidity of RETA has now been supplemented for gameplay, and you can still exchange BUSD and RETA in pancake swaps.

– a community token, GRT is activated. GRT will work off-chain while it is used in the game. That means you don’t have to pay the gas fee in the GRT transaction. But you can move the GRT from the game wallet to your personal wallet at any time, and exchange it for BUSD at DEX. A fee is incurred in the process of moving the GRT you have in the game to your wallet. And this fee will decrease according to the RETA staking grade. 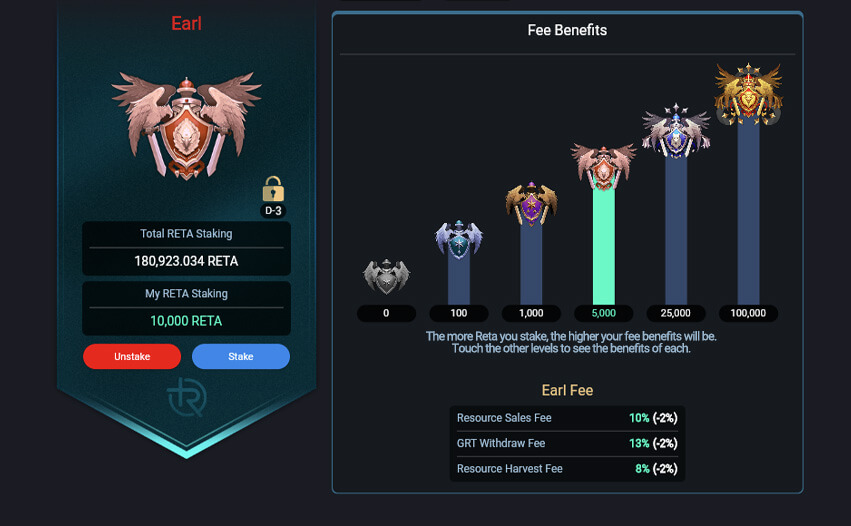 Finally, the RETA staking begins. It gives five tiers of nobility titles depending on the player’s staking volume. Players will benefit from in-game fees based on their tiers.

This staking system will operate permanently in the future, and you will continue to receive a portion of the fee revenue generated by this ecosystem through RETA staking. You can get RETA, GRT, and all the natural resources (Ore, Wood and Food) that will benefit you in the game through RETA Staking. If you want to know more about the staking system, check the relevant guide. 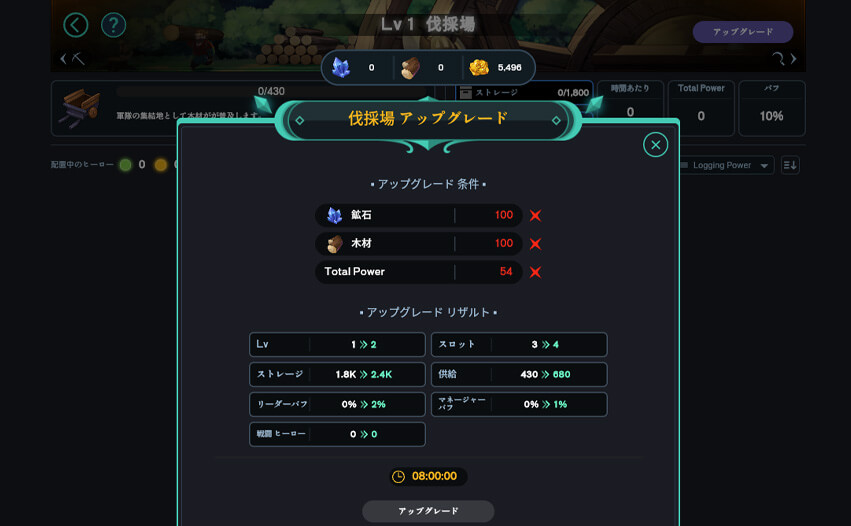 You can now change the language used in gameplay. Click on the profile image at the top right of the game screen to go to your profile page. Here you can change the game language. This option currently supports English, Simplified Chinese, and Japanese. We plan to support various languages in the future according to the expansion of local communities and changes in policies.

What’s changed from
the beta test?

We carefully analyzed the results of two beta tests to make a high-quality game-Fi. These efforts led to various changes in the game’s balance, eventually making Reta Wars 1.0 a more interesting strategy game.

– Heroes with 0 HP in their territory can no longer produce resources. And they can’t participate in the war. Therefore, the player must manage the hero’s HP by feeding them so that the hero does not run out.

– The effectiveness of strategic voting in the war preparation phase has been enhanced. Each vote means that you now have a stronger reciprocity relationship. Now the victory or defeat of the strategic vote will have a more significant impact on the outcome of the war.

– The level design of the ‘leader’ and ‘manager’ buffs provided by the territorial building has been changed. Building-level upgrades will now return enough value to the players.

As you already know, most of the updates to On-Chain Game-Fi are done in real-time. An unexpected error may occur in the early stages of the update. If you are having trouble playing games due to unexpected transaction errors or bugs, please fill out this form and submit a report to us.

The key task facing us now is to stabilize this system. We plan to present our expansion roadmap after confirming that the initial system of Reta Wars 1.0 runs reliably. This will include interesting factors such as weather effects and mini-games.