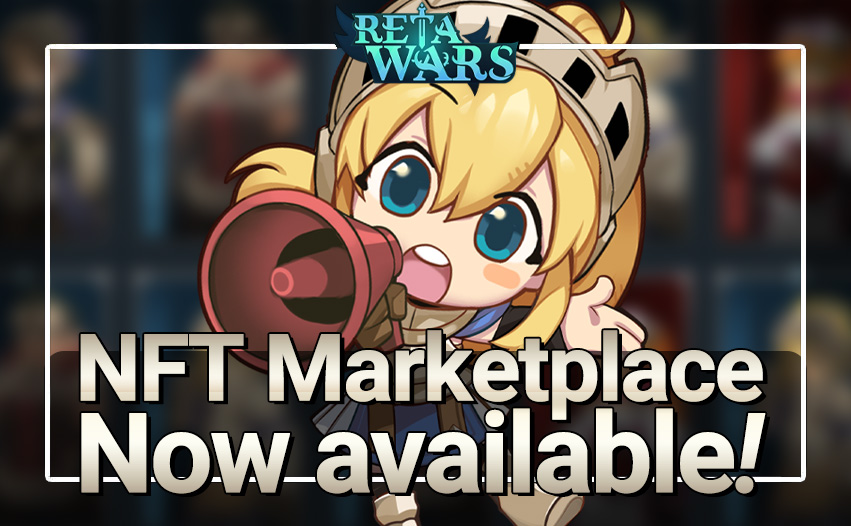 We know you’ve been waiting a long time. And finally, we will get the marketplace back up and running again today. Now you can trade your heroes on the Marketplace as you always have been. And with the reopening of this marketplace, we’ll bring some exciting news to Commanders. 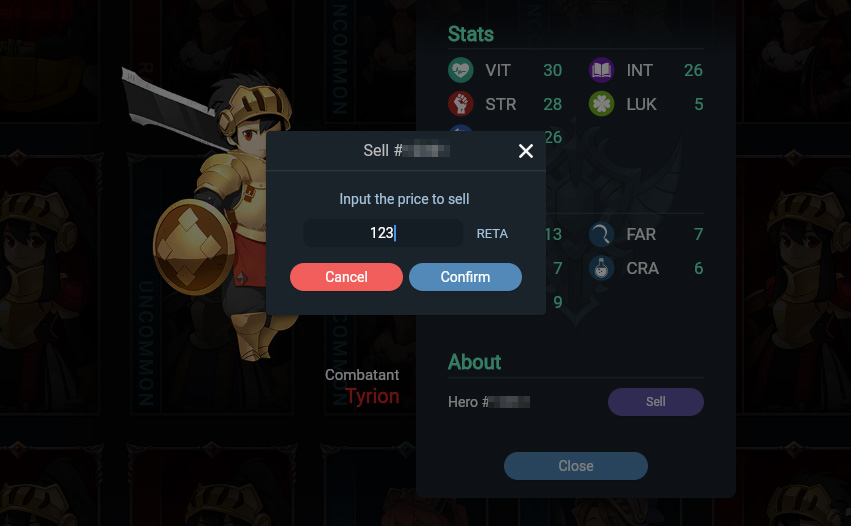 If you’re planning on trading heroes, here’s one thing you shouldn’t forget. That is, the recent Reta Wars Hero Presale has sold out. This means that now the ways to hire pre-sale heroes are starting to become increasingly limited. The value of LUK will soon become clear, and over time more people will know about it. LUK will now be the symbol of the pre-sale hero. Don’t forget what we said last April! 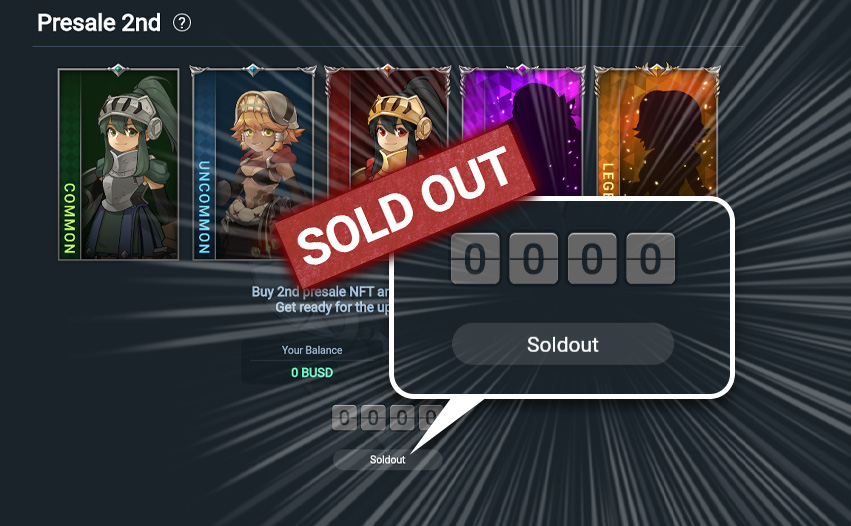 The biggest news for all of us right now is the open beta testing of Reta Wars 1.0. However, we won’t be revealing everything today. Because we think the official announcement of OBT should be more grandiose. Today we are going to get a preview of Open Beta readiness and a brief overview here.

We are planning 2-weeks OBT schedule from July 25th. Any player with a Hero NFT will be able to pre-play Reta Wars in this test. Since OBT does not provide demo heroes, all players should test the game with only the Hero NFT they have.

From July 11th, more information about the open beta will be released sequentially, and now more players will know about Reta Wars.

✔️ What is available in the open beta?

Most notably, in the open beta, we can test the economic ecosystem of Reta Wars 1.0 more intensively. The Resource & Soul Exchange is at the heart of this open beta. This very important feature provides new revenue options in the gaming ecosystem. It will also be a new strategic option for players to choose from.

Making players ‘think hard and decide’ is the most important element of the strategy game. This is because it provides the player with the experience of controlling the game on their own. Reta Wars provides an experience that results and returns vary depending on the player’s own strategic choice.

Players persuade their members to vote, leak false information in the community, sometimes confuse allies to lose the war on purpose, or sell resources to enemies without engaging in the war. In Reta Wars, all this behavior leads to the player’s profit, and this can never be replaced by Excel. Players set game play goals according to their situations and have a role.

Each player performs the role chosen for their own benefit. In this process, the interaction of all users contributes to organically circulating the Reta Wars ecosystem. This is the new game structure we planned. And in this open beta, players can finally study their strategic goals more precisely! 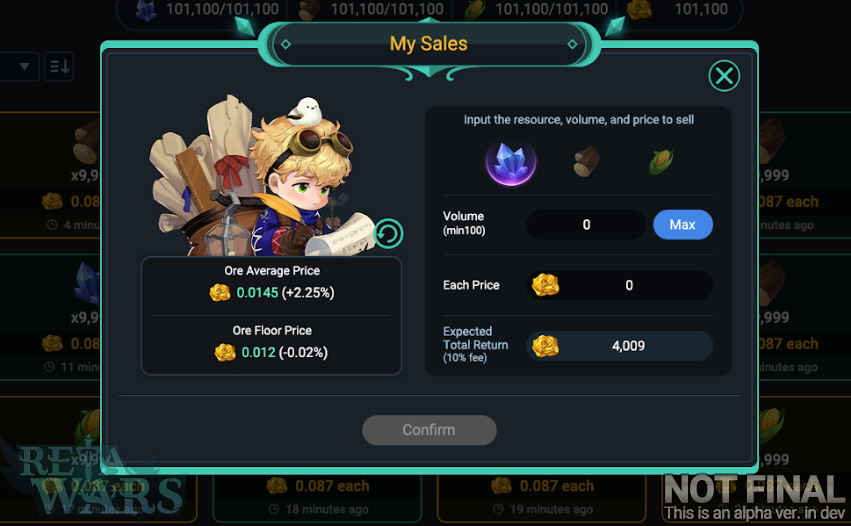 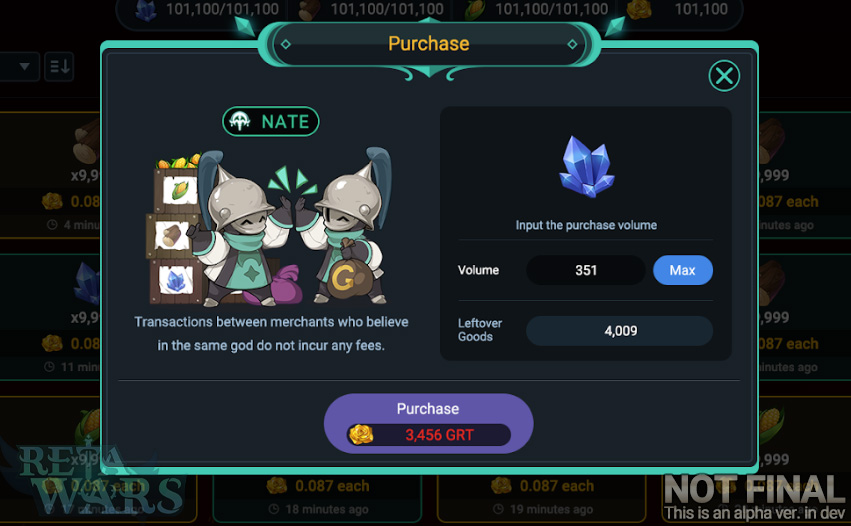 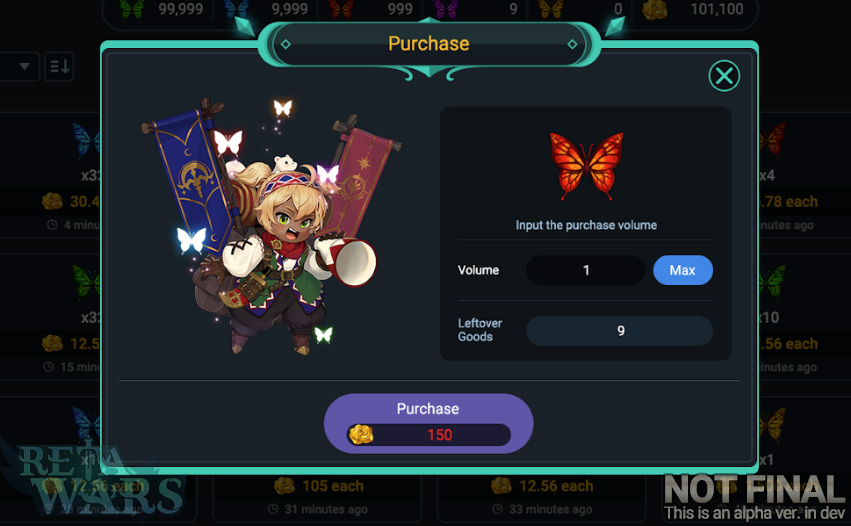 ✔️ Are there any other changes?

Of course, there are many changes! Great feedback from the community at the last CBT has been a huge help to us. There are a number of visual and functional improvements, but we’re going to introduce one of the most important changes today.

Heroes deployed in buildings other than barracks can now participate in daily Reta War battles! While it was important to appreciate the results of battles, it wasn’t fair that only heroes deployed in barracks were given a chance. We felt that other heroes working outside the barracks should also get a chance to play in battle. So, Leader Heroes now deployed in Mines, Lumber Mills, and Farms will have the opportunity to engage in battle. 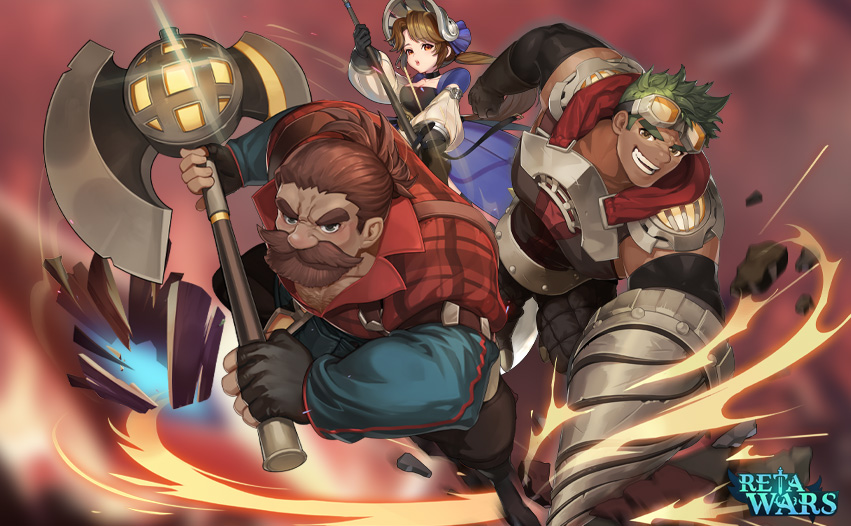 ✔️ Can I get rewards in the open beta?

Of course. Rewards are the most powerful motivators. We decided to give rankers a commemorative profile in the last CBT, but in OBT, the rewards will be clearer and more visible.

The rewards will vary depending on the player’s performance. But it’s not just about ranking; it’s going to offer rewards in a number of playable items in the Open Beta.

The reward is not just a souvenir; it will be a real boon to you. And we plan to explain a more accurate reward policy in July. 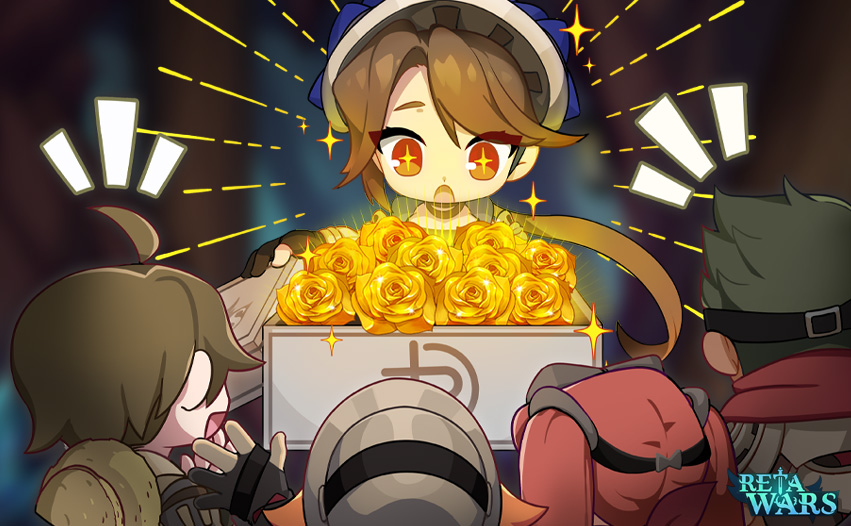 What are Team’s plan after the open beta?

For now, providing commanders with a satisfactory open beta experience is our number one goal. After successful beta testing, the final preparatory stage will be RETA staking. This will be the final piece of the puzzle that completes the Reta Wars ecosystem. RETA staking is not just a reward! It has priceless value as a ‘Game-Fi’ staking, making players stronger as the holder grows with the ecosystem. It wouldn’t be strange any longer to heat up in the fierce competition to get the RETA. Really!

As the game reveals a little bit closer, we’ll be introducing more details to commanders about this staking. 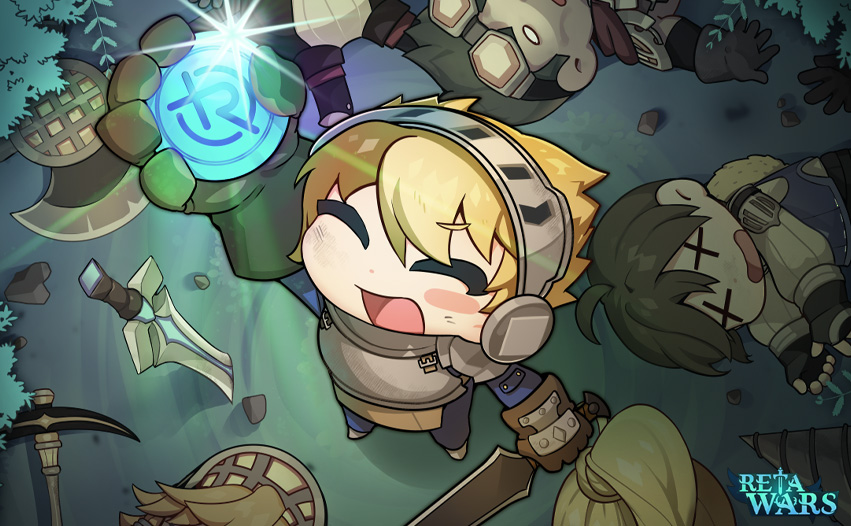 The move for a huge change is about to begin.

Many projects are attracting public attention from the early stages of development, paying high marketing costs, but only a few reach actual results. We believe that this situation poses a great risk to the market’s credibility, and that is one of the important reasons why players have less access to the Game-fi market.

Therefore, unlike the market trend, we decided that it was a priority to produce clear products first to prove our technology and vision.
We have strong values and unwavering trust in the future of RETA. And we believe releasing the best products is the most important thing to reward those who trust us. Now, the movement for a huge change is about to begin!