The recently ended Open Beta of Reta Wars had a special promotion for testers. It’s GRT and NFT ticket rewards for the winners of the leaderboards, and lucky players. And now here, you can check the list of winners who will receive GRT and tickets. 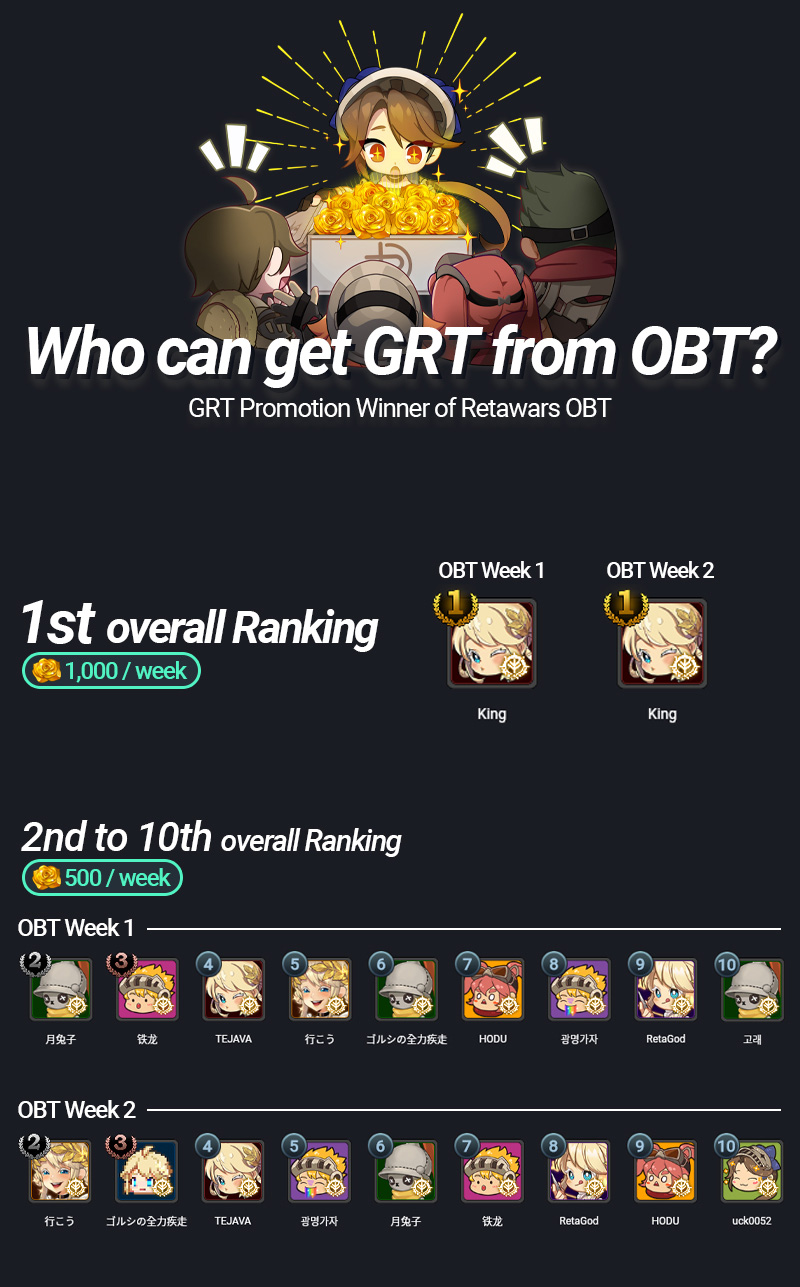 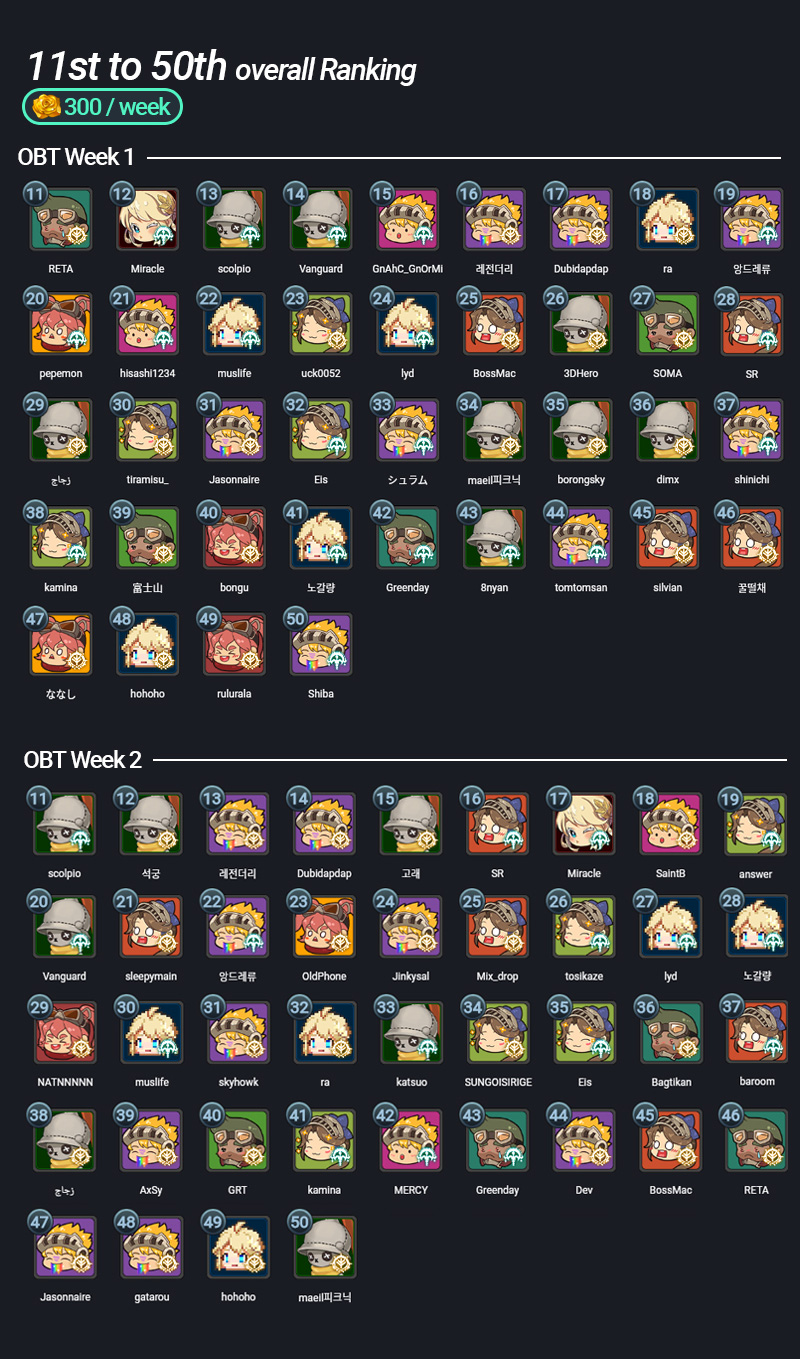 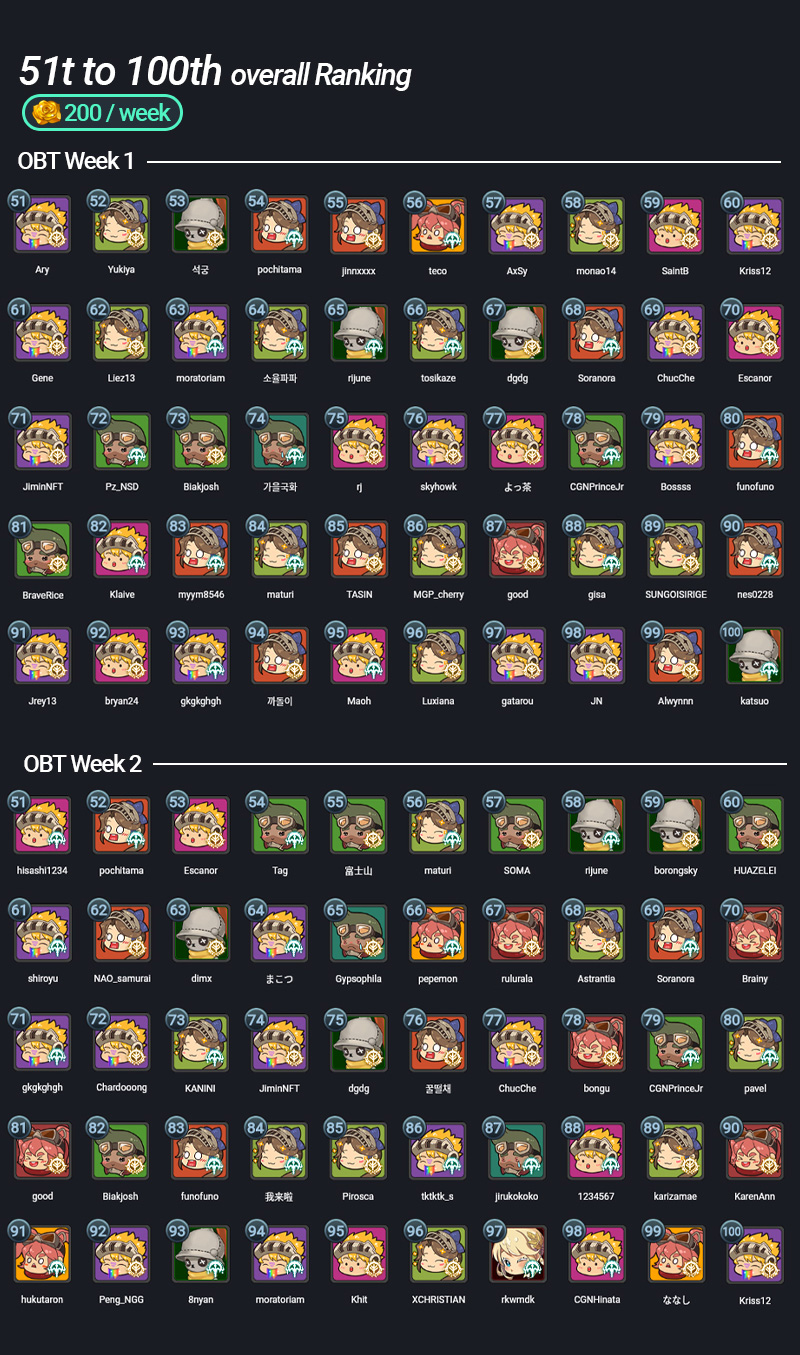 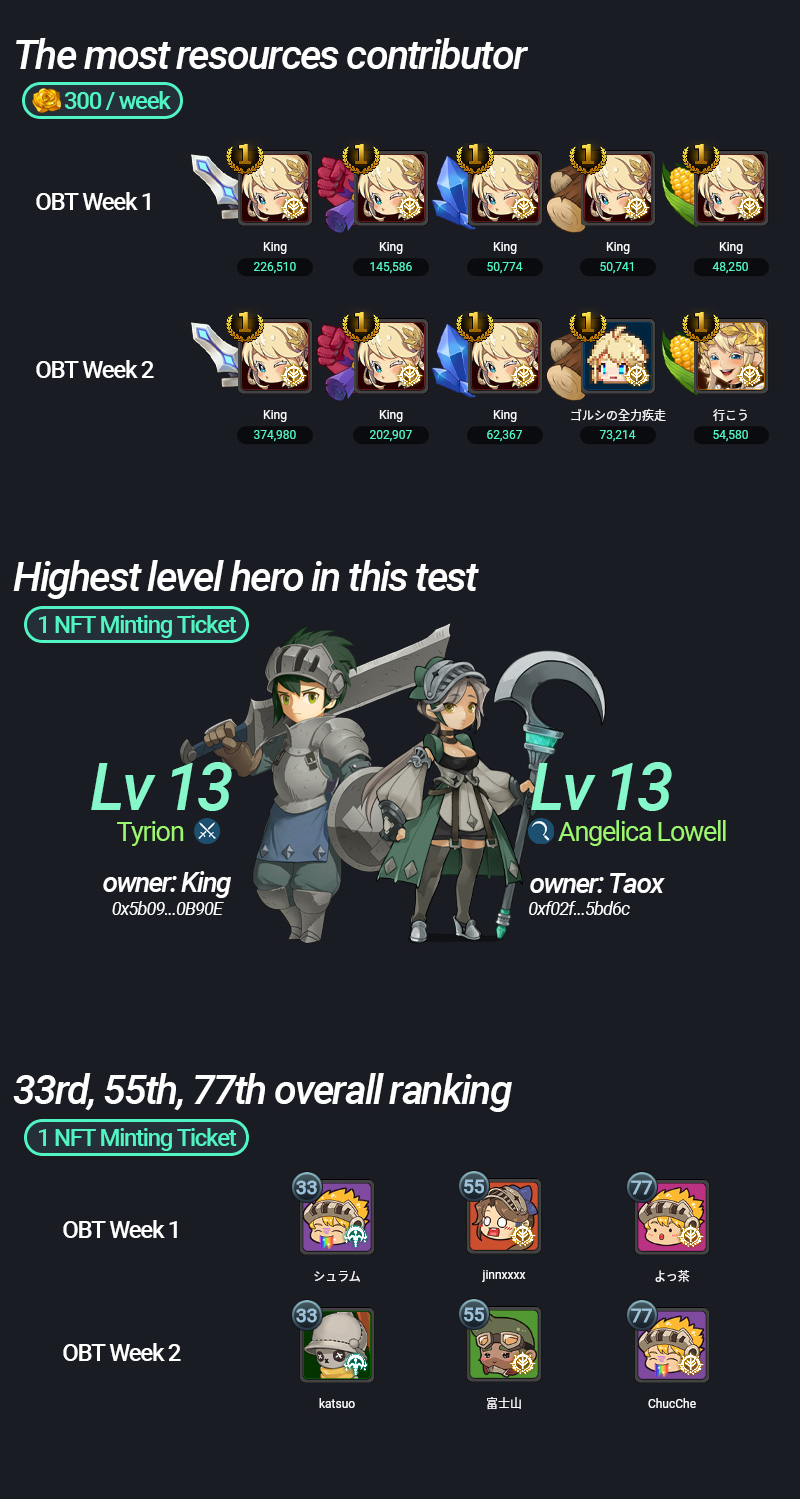 However, in the process of reviewing this test record, we ran into trouble. In this OBT, two players achieved the 13 Lv with a very close time gap. In the end, we decided to recognize both of them as winners of the highest level promotion. Both will receive a ticket.

※ As we talked about in the last announcement, leaderboard win rewards can be duplicated. If a player achieves 10th on the OBT Week 1 leaderboard and 10th on the Week 2 leaderboard, that means he earns the GRT twice.

GRT
GRT is a community token with great value in the game. If you have ever played OBT, you already know its value. But, as you may already know, GRT will be released with the game open. Because it is a real token, not just a currency. We keep a record of all the GRT Promotion winners that have been run so far. And when the real game finally starts, we will certainly pay out the GRT that recorded players deserve.

NFT Ticket
This ticket, which allows you to generate 1 random hero for free, gives you real NFTs that you can use permanently in the real world. Meanwhile, the heroes that can be obtained through this ticket are not related to the pre-sale, and we will provide regular sale heroes according to the game open service version.

When will it be available?

We know that many are waiting for the start of Reta Wars. And with this announcement today, they will know that the beginning of Reta Wars is really near.

We plan to launch the official service of Reta Wars this coming September. And we are preparing for more than we showed you at OBT. And when everything is ready, we will ring the bell with a special promotion.

As time goes on, news about our open plans will be released little by little and more often. Always focus on our channel. The new standard for Game-Fi is about to begin.