The hidden advisor is now revealed

The hidden advisor is now revealed

Today is the day, It’s time to reveal our hidden advisor. We disclose that one of the most influential masters in the gaming media industry today has been our advisor.

His name is Crisis Wi, He was the executive producer of ‘StarLeague’, which established the paradigm of E-Sports in Korea. He led the StarCraft E-Sports program at OGN with the belief that games can be a part of cultural life. And this laid the foundation for the growth of today’s global E-Sports culture. 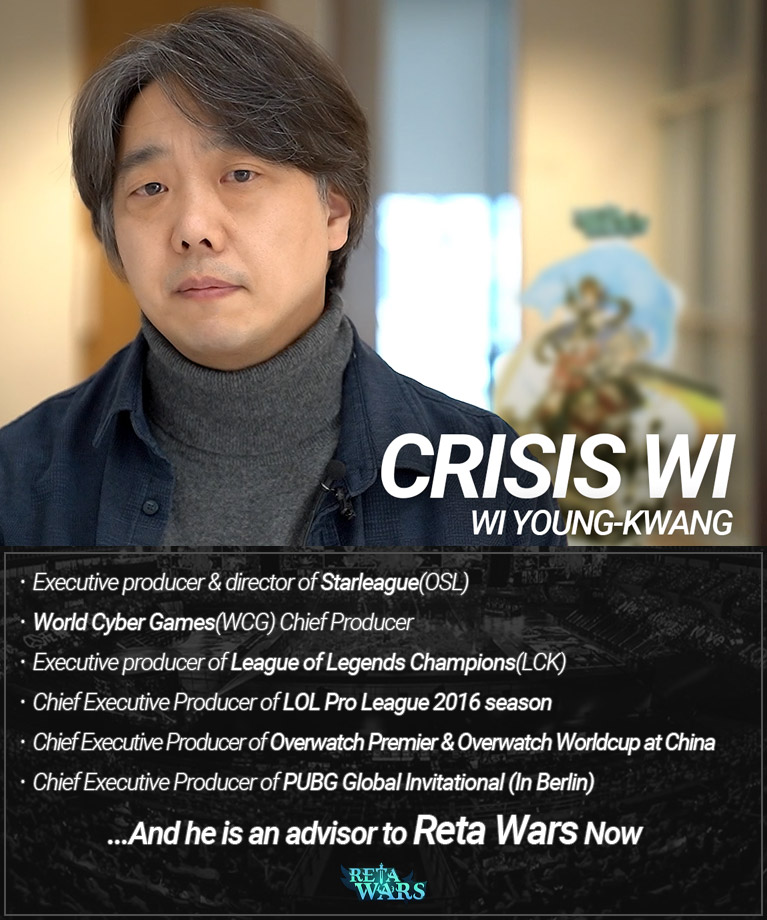 What makes him such a great figure in this industry is that he doesn’t just end up proposing a new paradigm. After the success of the Star League, he proved his career by directing more extensive E-Sports programs, from WCG, League of Legends Champions (LCK), LOL Pro League to Overwatch world cup. He didn’t stop there, he succeeded in the project as Chief Executive Producer at PUBG Global Invitational (In Berlin), establishing himself as one of the giants in the e-Sports industry today. No one in the gaming media industry can deny his achievements.

He saw the future of Reta Wars

He saw the long-term growth potential of our game and promised to work with our project as an advisor with a huge impact. His ambition as an advisor is not to spare any advice to create new value as a ‘game to watch and enjoy’ beyond a ‘just playing the game.’ We also will create the best blockchain games through our most confident work, making even better games with the help of this great advisor.

Currently, We are working hard on the upcoming 2nd pre-sale and Reta Wars 1.0 Beta. We believe in the success of our projects with the best teams, the best advisors, and most importantly, the best holders.