The last perk hidden in the 1st NFT!

As we foretold, the end of the 1st Presale is approaching. This sale will end on March 14, 2022 at noon(12:00) UTC. This means the 2nd pre-sale and beta testing of Reta Wars 1.0’s P2E system are getting closer. And today, just before the end of the first sale, we announce one more surprising news.

Concentrate! This is very important news for commanders who have purchased the 1st NFT.

Commander,
Now we need to prepare for real gameplay.

When NFT staking is finished after about 20 days, commanders must move the 1st NFT from the staking contract to the contract ready for gaming. This cannot be replaced by us, and there may be a small BNB gas fee in the process of moving. This is also one of the general characteristics of blockchain, but some may find it very cumbersome.

We were thinking about how to provide fun and perks that can replace this little hassle for commanders who trust and work with Reta Wars. This is the last perk hidden by the 1st NFT Heroes. 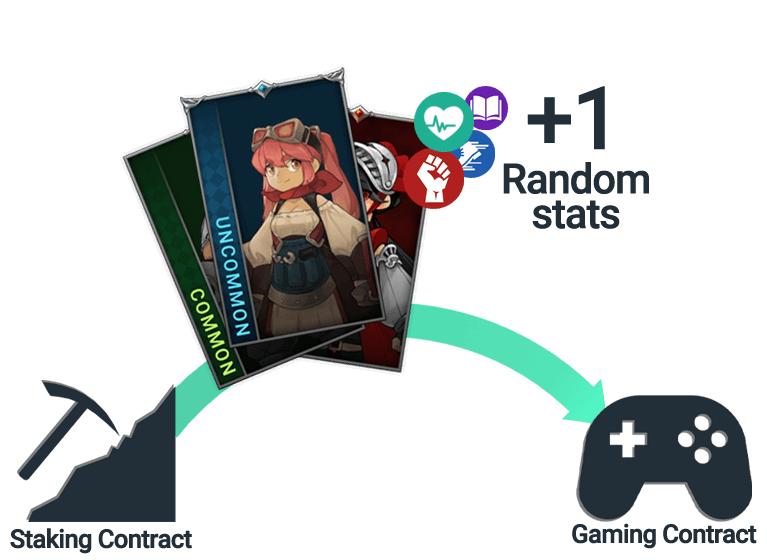 +1 in Reta Wars is by no means a small value. We don’t know which Stats will get stronger, but one of the heroes the commander had in it could be made even more perfect. One of the heroes you were thinking of selling on the Marketplace could become your entourage. Or, it trades at a higher value in the market, giving you wealth. Either way, we will strive to provide value beyond the gas fee you will pay.

🚨 Then we will now come back to the next news. It is about the airdrop policy for RETA holders and the GRT airdrops to help all pre-sale holders settle into the game more easily. 🚨

When will the stats of the 1st NFT be strengthened?
▶ After about 20 days, when the staking pool is exhausted, we will open a portal to move NFTs to the game contract.

Doesn’t that break the balance?
▶ This bonus will not increase beyond the previously set maximum of Stats. Also, LUK is not affected by this effect. Our goal is not to make 1st NFT uber-powered. We plan to make average stats more attractive as a reward for contract transfer. It’s just that.

Wouldn’t a 2nd Presale NFT fall into this?
▶ Yes, what needs to be transferred from the staking contract is the 1st NFT. Since the 2nd NFT is created in the game contract from the beginning, the game can be started immediately when the game is released without incurring an additional gas fee.