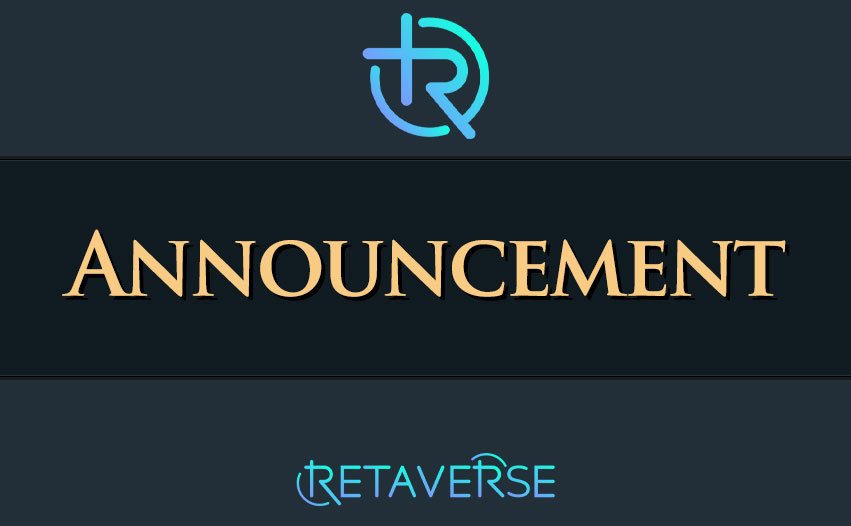 Here we report to the commander about the accident and our handling of the past few hours ago. It happened at 20:00 UTC on October 8, and there was an illegal intrusion into GRT’s contract. The criminal infiltrated the GRT contract and attempted to mint the money, illegally stealing the BUSD from the GRT pool.

This crime happened unexpectedly late at night when the core team was sleeping. However, we were fortunate to receive quick feedback from the community, and we were able to quickly start responding immediately after the problem occurred.

First, we shut down the game as soon as we saw this incident. It was the first action needed to prevent the spread of the negative effects on the ecosystem. In the next order, we stopped exchanging GRT in pancakeswap. It was to prevent the outflow of funds from the illegal intrusion of the contract.

This hacking is not a serious accident that will shake up the ecosystem. This is because we began to respond quickly to this problem before the damage spread. Now our most important task is to thoroughly analyze the same problem so that it does not recur, and to create measures to protect the holder.

The risk of this incident is that some commanders who purchased GRT at a low price after the incident acquired an unusually large amount of resources and soul. This can have an unfair effect on the game balance and the gameplay of the holders, so we made a plan to reissue the token contract.

1. We will reissue the GRT token contract with the vulnerability resolved.

2. Among those who purchased GRT from 19:35 UTC, the initial time of the incident, players who have not yet moved to the game wallet will receive GRT from the new contract. To prevent this from leading to a new game balance problem, the GRT held by the user will be paid on a 0.08BUSD basis. This is a measure to prevent our holders and game players’ assets from being lost due to unexpected external attacks.

3. We will collect all LP from existing GRT contract and issue a new GRT-LP based on 0.08BUSD.

Based on the time the problem occurred, the game server will be rolled back. Hero Level Up, Building Upgrade Complete Immediately, and Records of Marketplace’s Resources and Soul Transactions will be restored based on the time before the incident.

We expect it to take about 12 hours to completely resolve this issue and restart the service. If the work finishes earlier than expected, or if there is a further delay, we will report to you through our community channel without delay.

We apologize for the problem

We are very sorry that the smooth gameplay of the commanders was interrupted by an unexpected attack. We will solve the problem quickly and have everything in place to protect the commander.

Unfortunately, there is no way to predict all the hacking attacks in the world in advance. In particular, services that have begun to attract attention from many people are often exposed to more malicious behavior.

As the Crypto ecosystem grows, it is often exposed to more attacks, but each time we will polish the shield more firmly. We will make it a problem-solving principle to protect the rights of holders and players first for any problem.

Update reporting during troubleshooting on 05:30 UTC

We are in the process of checking for a clear cause and then supplementing it. We submit an interim report so that commanders can review the problem-solving process.

Today’s hacking attack started with a vulnerability found in the GRT withdrawal system. We have made updates that greatly enhance the security level for this part, and we have started reviewing the logs to correct the problem.

The server rollback will proceed as scheduled. This is based on 19:35 UTC where the accident occurred. This rollback contains the GRT history that was used in the game, as well as the GRT transaction transmitted from the on-chain. We have secured all GRT usage at this time, and all records will be rolled back.

The monetary value of all GRTs purchased by the players at the time of the incident or used in the game will be converted to 0.08 BUSD and will be re-paid from the new contract.

Game service resumes at 12:30 UTC on completion of the check, meaning that the war on October 9th has been temporarily suspended.

Don’t worry about the hero’s loss of HP due to the game server check. We are aware of that, and we are preparing NFT heroes not to lose their HP.

Update reporting during troubleshooting on 10:30 UTC

The third update of the incident report is FAQ. We monitored many communities in the process of solving this problem and checked the questions of the commanders. All that’s left now is a final inspection, and answering questions from the commanders.

Q. Less than a week after Reta Wars was released. Why was it suddenly pointed out as the target of hacking?

A. New tokens that have just been issued are often exposed to many attacks if they perform well. GRT was ranked high on CMC and Coingecko’s list of new listings and was performing well. In addition, Reta Wars’ recent performance exceeded our expectations, and users after day 3 of launch were close to double what we expected. The volume of resource transactions was extremely high, and many visitors caused web traffic. We believe that this unexpected high initial performance eventually caught the attention of hackers.

Q. Is the fairness of the game safe when the server is rollback?

A. We investigated all transaction records from the time of the problem, and decided to rollback to block improperly traded GRT from entering the game system. We will be very strict about actions that undermine the fairness of the game. Even 1 GRT cannot be used for unfair purposes in the game.

A. As we mentioned in our last report, the war was called off today, and the results of the resource supply on Oct 9 will be reflected in the war on Oct 10. As a result, the weekly rankings will also reflect the outcome of the war through Oct 10. Under the influence of this decision, all future weekly rankings will be initialized every Tuesday.

Q. What is the remedy for heroes starving by server maintenance?

A. When the game service resumes, you can claim specialized food from the territory’s Farm.

Q. Will the game server start on schedule?

A. We’re very sorry, but the server opening may be delayed a little more than the 12:30 UTC we previously predicted. We have made the decision that it is more important to ensure safety than to barely keep a tight schedule. Most of the improvements have been completed at the moment, but internal testing is under way to detect other hazards.

As soon as the test is completed, we will announce the clear opening time again. Once again, We would like to apologize and thank the commanders for waiting patiently.