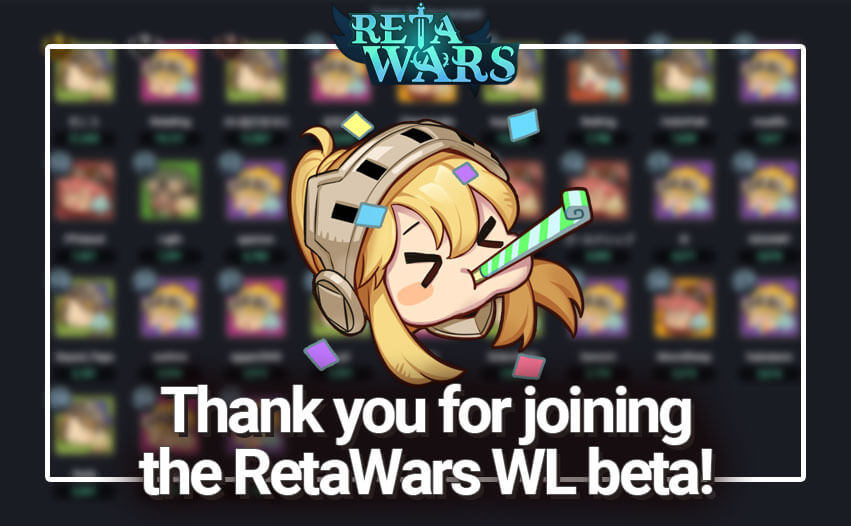 Finally, today our first whitelisted beta has ended with all schedules. We’ve successfully tested it, and we know it’s all thanks to the commanders who enthusiastically joined the test. Now at the end of the test, we would like to share some of our plans with you, Commanders.

As of today, the 2nd-week ranking leaderboard has been released. And here’s the RETA they’re expected to earn in the actual game. We’ve devised a sophisticated tokenomics plan to create this attractive weekly ranking reward system. Don’t forget that Reta Wars’ reward pool is only distributed through ranking rewards. And it will become a more attractive governance token through staking. 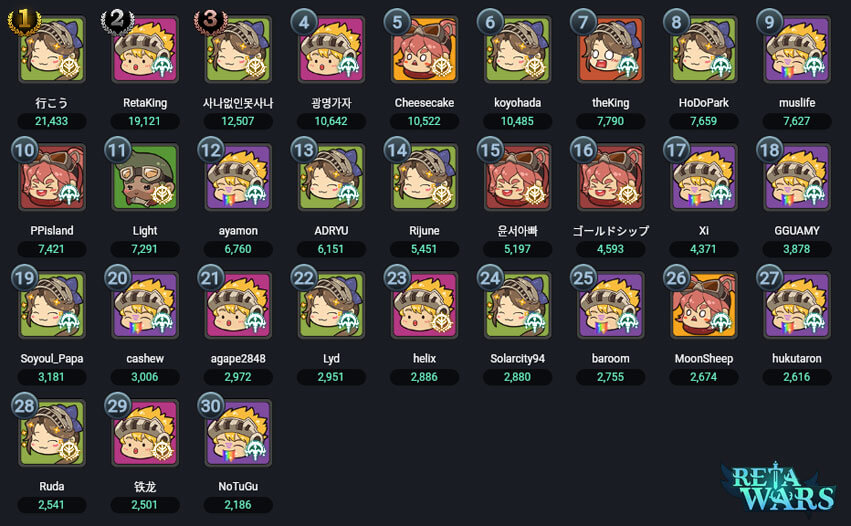 In an additional announcement this week, we’ll be introducing a commemorative gift to Commanders who have recorded their names on two Ranked Leaderboards.

We obtained a lot of meaningful data from this test and gathered valuable feedback from our commanders. Some feedback improved immediately during beta testing. And now we will do our best to prepare a good result for the improvement work that needs a little more time. 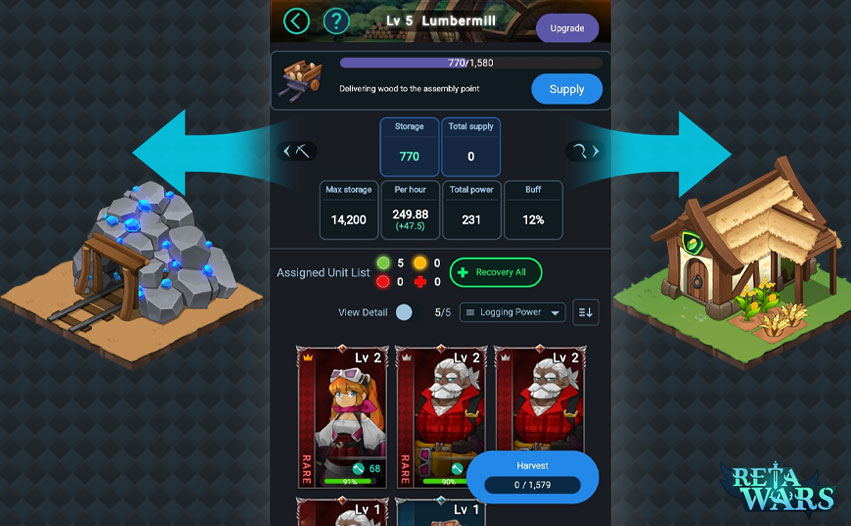 The biggest update we have to prepare is the new marketplace. This is enough to completely change the game’s play, as players can earn GRT by selling resources or souls here. We will be releasing more detailed news related to this soon. We’ll also give you more details on some of the new questions you may have in this beta test. Haven’t you given us a review for beta testing yet? Let us know what you think about beta testing with this survey!

As you may already know, we’ve had some roadmap changes recently. This is because we prepared content that was scheduled to be developed in the 3rd quarter earlier. We plan to update these changes in our new white paper while introducing a more attractive and distinct blueprint for Reta Wars. This will be enough data to give our commanders more confidence in our project! 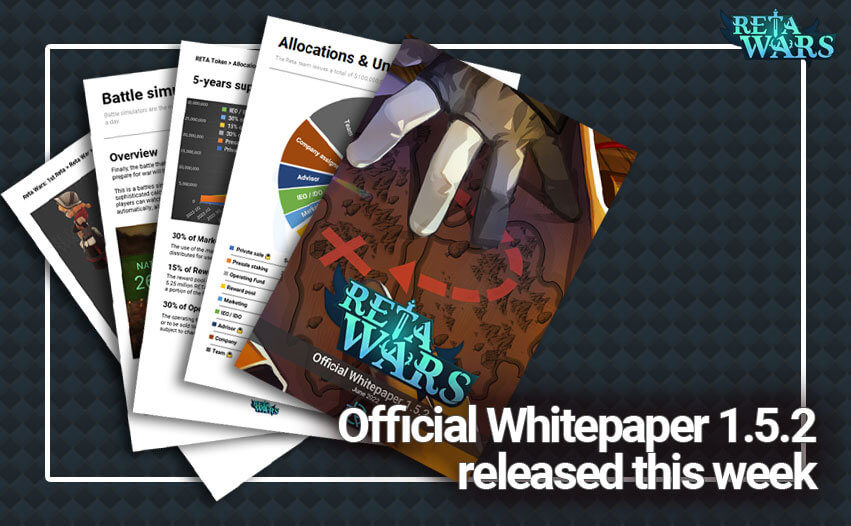 Stay tuned for our news!

As always, our newsletter will be talking about bigger and hotter topics. That means the grand beginning of Reta Wars is coming little by little!